DISCLAIMER: Microsoft Office 2010 Starter edition is only available for OEMs to put in new Windows PCs. We don’t recommend to download and install it in any other computer system. If you like Office 2010, you should purchase it.

We all know that Microsoft Office is one of the most used software for Windows OS. But the sad thing is that its not free, you have to purchase it to be able to use it.

We have shared a few free alternatives to Microsoft Office which can be downloaded from following topic:

This Starter edition comes with some reduced functionality as well like you can’t customize Quick Access Toolbar, etc. 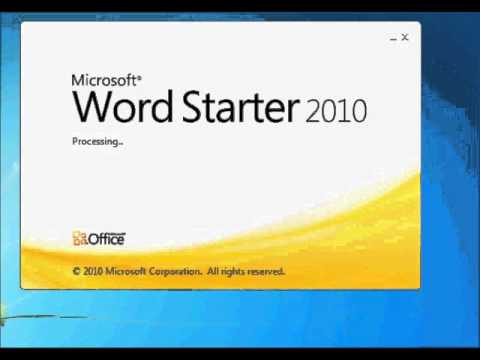 Now the good news is that Microsoft stores the setup files of Microsoft Office Starter 2010 on their servers and you can directly download it using that direct download link. Simply copy following link, paste it in your browser addressbar and press Enter. It’ll start downloading the setup file:

PS: You can replace the locale string en-us in the above URL with your own locale string like fr-fr for French, de-de for German, es-es for Spanish and so on to download your localized version.

Microsoft Office 2010 Starter Edition can only be installed in Windows Vista and Windows 7. Windows XP or Windows 8 are not supported.

Starter edition doesn’t require product key, so you will not need to enter any product key at the time of installation.

The best part of Starter edition is that it also allows you to create a portable version of it which can be carried on USB drive to use in other computer systems. Just launch “Office Starter To-Go Device Manager” from “All Programs -> Microsoft Office Starter” menu. It’ll take approx. 400 MB of your USB drive.

Thanks to our friends “Martin” and “Caschy” for sharing it…

This version only works on 32-bit Windows machines.

Office Starter consists of Word Starter and Excel Starter only, reduced functionality versions of Microsoft Word and Excel with advertising. It does not contain Microsoft PowerPoint, OneNote, or Outlook.

Word Starter and Excel Starter are reduced functionality versions of the full versions of Microsoft Word and Microsoft Excel. Word Starter and Excel Starter include features for basic authoring and editing, but lack more powerful features like the ability to track comments and changes in your documents; password protect your documents; create tables of contents, footnotes, citations or bibliographies; perform advanced data analysis such as with pivot tables; and the ability to customize the Ribbon and Quick Access Toolbar.